One of my favorite quotes is this one from Scout in To Kill a Mockingbird.

“Atticus was right. One time he said you never really know a man until you stand in his shoes and walk around in them.”

I think we need more public servants and elected leaders who take this quote to heart. Whether it was my time teaching or my work as an attorney, putting myself in other people’s shoes has often helped. But when I think about why this quote has meant so much to me since I first read the book in 5th grade, it’s because of a person, my younger sister, Mary Rose Williams.

Mary Rose Regina Williams was born on August 20, 1989, exactly six weeks before I turned three. Months after she was born, it became clear that Mary was special – different from normal babies. While the diagnoses, tests, and many in the world would assess that Mary as ‘mildly to moderately retarded,’ ‘developmentally delayed/disabled,’ or ‘slower than normal kids,’ it is clear to anyone who encounters Mary that she was a gift from God, placed on earth to teach us all the true definition of unconditional love. In an introductory Anthropology class at Vanderbilt, I learned that the Amish believe that all people with disabilities are a divine gift to teach us to love better. This Amish principle provided me an articulation of my realizations that I had formerly been unable to convey. 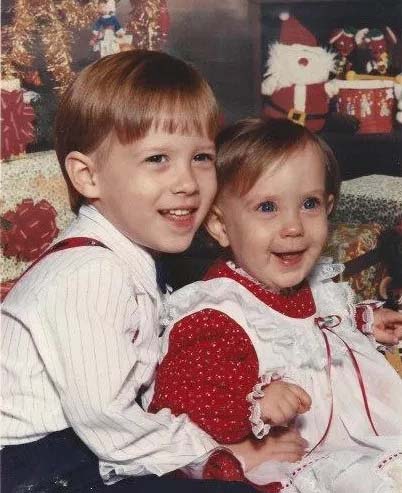 Being Mary’s brother has not always been a bundle of smiles and rainbows. Having Mary in our family inevitably changes how we operate and coalesce together. There have been times when Mary’s disability has affected her behaviorally, resulting in violent outbursts in public and at school, towards friends, family, and even strangers. One afternoon, when driving her home from school, Mary released some leftover anxiety from school upon me, physically grabbing at and beating me. While this incident could have been just another sibling spat, it turned into a moment I’ll never forget.

As I pulled the car on to a side street and stumbled out of the car, Mary barreled after me. As I wrestled her to the sidewalk to restrain her, an elderly man drove by, stopping, and screaming at me to “get off of that girl.” He threatened to call the police. Through tears, I pleaded with him to understand that I loved Mary more than anyone or anything in the entire world. I called my dad, who raced over to clear up the situation and usher us home. Climbing out of the car, still in tears, with my dad having sent Mary inside, I broke down in the driveway. My screams echoed throughout the neighborhood. “I LOVE Mary. How DARE that man accuse me of harming her? He doesn’t understand. He doesn’t know what I’ve been through, HOW MUCH I love Mary!”

Reflecting years later provides me with a list of traits attributable to growing up as Mary’s brother. Whether it’s crying out for understanding and justice or the humility and empathy necessary to not leap to judgment, I’m no doubt a better person because of Mary. As a senior in high school, I began telling people that one of my life goals was to write a book entitled, “What Mary Taught Me.” As I reflect on my life to date, it is clear that the person who had the greatest influence on me was my little sister.

The moment of outburst and misunderstanding by a stranger (who turned out to have a special needs daughter himself) was overshadowed by decorating the Christmas tree, watching SpongeBob, reading to her, countless inside jokes, and immeasurable ways of making her smile in that way that continues to light people’s lives. Though not being academically “smart,” she’s more insightful and emotionally intuitive than most people I know. In fact, the majority of her outbursts result from her keen intuition for detecting even the most subtle of tensions between people. On the few occasions that she got into trouble at school, it was because she acted out against a student who was misbehaving, creating tension between the teacher and the classroom.

Though Mary will never discover a world-changing innovation, she is never forgotten by all who encounter her, whether the city mayor, the local weatherman, or Coach John Calipari. (She’s on a first-name basis with all of them.) Mary shows unconditional love and a zest for life found only in appreciating the small things and forgetting all the tedious details that produce stress in life. She’s a loyalist, still cheering on Calipari while dressed in UK Blue, even as the rest of Memphis scowls. She loves all my friends and their families. She reminds us all of the childlike faith we once had. And growing up as her older brother, I’m a changed man because of her.

Because of Mary, I always speak up for the underdog, squirming when I feel someone is unrightfully judging me or someone else. Because of Mary, I try to look past first judgments and impressions and empathize with people I meet and situations I encounter. Because of Mary, I thirst for justice and appreciation of all human beings, no matter how diverse or different. Because of Mary, I recognize the incredible ways that the Lord uses His children whom the world labels as “slow”, “useless”, or “not viable” to show us His unfailing and unconditional love.

Wherever I go, whoever I meet, and whatever I do, my joy for life and my undying desire to understand people’s footsteps to that moment are because of only one person. It’s because of Mary.

If the voters of TN House District 56 allow me the honor to be their State Representative, I look forward to working hard to support every Tennessean with a disability and their families. There is a lot the government can do to help incentivize more public-private partnerships so adults with disabilities can find rewarding work and service opportunities in addition to thriving communities.